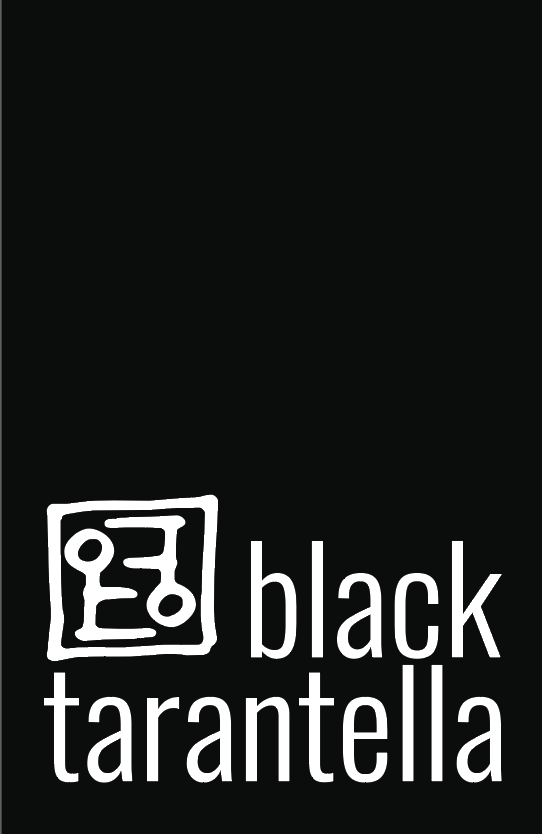 Black Tarantella srl was born on the initiative of Andrea Aragosa, who is also founder of Musiche Migranti in 2000 and therefore of Sud Arte: a company specialized in the artistic and musical production and in the organization of festival, Italian and international tournee, concerts and exhibitions. During the years become an important point of reference in the industries, being an expertise in the world music and cultural planning. In 2006 Mario Aragosa, Andrea’s brother, joined Black Tarantella as founding partner. Even if the main activities of Black Tarantella are located in Naples and Caserta, the production and the interest are worldwide concerning the theme of cultural diversity, ethnical and linguistic

minorities, and the overcoming of boundaries through art and music.
Due to growth and development of music production, artistic research and the boarder network of reports, from Naples, nowadays Black Tarantella works and travels in many other cities.
Now Black Tarantella participates in festivals, lives and concerts around the world in squares, theatres, public events and in permanent theatrical schedules, establishing itself as an outstanding Italian reality in the artistic production, musical management, art and inter-culture.

Black Tarantella is the editor and producer of every Enzo Avitabile’s records, from “Salvamm o munno” (2004) on out, included “Black Tarantella” Premio Tenco award winner 2012. Moreover won many other prizes and awards, such as two David di Michelangelo and two Nastri D’Argento thanks to the soundtrack of the “Indivisibili” movie by Edoardo De Angelis (2017).

Falls within this productive field also the collaboration with the American Oscar-winning Director Jonathan Demme, which in 2012 directed the movie “Enzo Avitabile Music Life”, a documentary and an autobiographical musical journey at the discovery of art, sound and linguistic composition that has always characterized the experimental path of the Maestro Avitabile. The movie has the musical production and artistic direction of Andrea Aragosa.

Besides edits the production and the artistic direction of festivals and concerts, and collaborate with public institutions about the local cultural agenda, Black Tarantella search for the fusion and the design meeting between the music language and the artistic one, treating the design and production of art exhibitions, especially the contemporary art; the up-and-coming artists; and the cultural intertwines, between myths and rituals of different areas from the Australasia to Africa by way of occidental experimentation in paintings, sculptures, photography and visual art.